Every little boy needs a place to keep his treasures. The definition of treasure will vary from boy to boy. Some will collect rocks, some bugs, and others may collect books. As he grows the treasures will change shape and size, but regardless, there will always be a need for a place to keep them.

I remember when I was really young we had a den (we called it a back porch) with a balcony. It had been added on the house and was a foot or two below the rest of the house. The balcony led out of the house and had steps down to the den floor. This created a wonderful void space for storage. It was mostly unused by the rest of the family but I remember hiding my treasures in a corner of that area. These were mainly rocks, nuts & bolts, and other mechanical things found while scavenging around town.

Later as a teenager, in a different house, I found a loose board in the floor of the clothes hamper. Prying up this board gave me a small, but well hidden, spot for important things. I just hope I removed them all before we moved out.

Today we are featuring a chest we build that makes a perfect toy box, treasure chest, hope chest, or blanket box. Most have been commissioned by grandparents. One client has had us build one for each of his grandkids. The chest in the pictures here was made for my grandson’s second birthday. 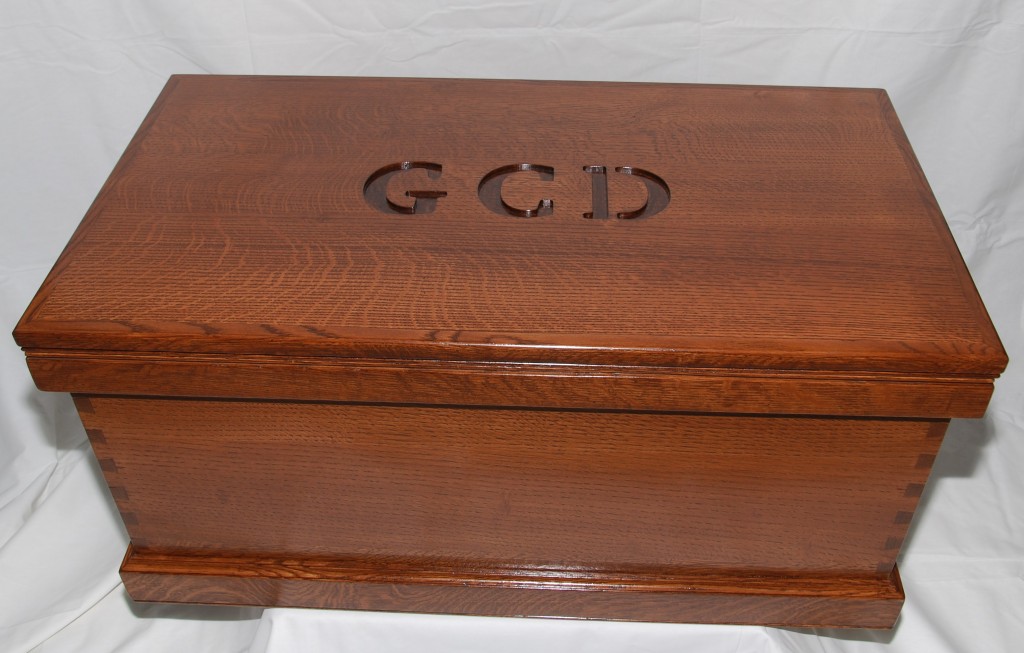 The design is a very close copy of a nineteenth century carpenter’s toolbox we bought at an antique sale years ago. The original versions of these chests were often called a six board chest. Carpenters would make their own version based on the types and quantity of tools needed on the job. Most were made from a single board cut into six smaller boards to make up the chest. Interiors often had slots to hold hand saws, planes, and various other tools of the trade. Many also had a small lidded interior box at the side. This served as a place to keep smaller items and as a support for the lid when it needed to be held open.  Our chest is approximately 18” deep, 20” tall, and 35” wide with an open interior which will hold a lot. We can customize the interior with sliding trays, dividers, or a hidden compartment to fit your needs. These are guaranteed to become a family heirloom. 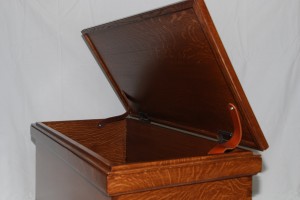 We will be happy to build one for you from most any domestic hardwood. This one is made from quarter- sawn white oak, a beautiful American grown hardwood. Construction is all solid wood. There are no veneers, plywood, or man-made materials used. The dovetail joints are used for strength as well as beauty. The lid is supported by hinges specifically made to prevent the lid from slamming on small fingers. When the lid is raised, it will stay in place until you lower it. This helps prevent injury to small fingers and hands. We engraved our grandson’s initials, but we have also engraved last names, first names, and single initials. The lid can be left smooth also. The one I used for design inspiration would be about 150 years old now. There is no reason this one won’t last as long or longer.

What little boy do you know that needs a toy box? 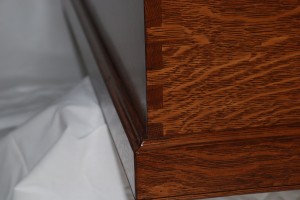 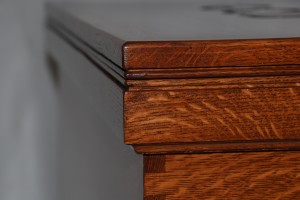 Oh yea, we have granddaughters too. Watch for a more feminine version in the near future!

This entry was posted in Commissioned Pieces, It's Not All Furniture!, Other Stuff and tagged family heirloom, hope chest, toy boxes, toybox, treasure chest. Bookmark the permalink.